The previous chapters went step-by-step, first breaking 5G down into its elemental components and then showing how those components could be put back together using best practices in cloud design to build a fully functional, 3GPP-compliant 5G cellular network. In doing so, it is easy to lose sight of the big picture, which is that the cellular network is undergoing a dramatic transformation. That’s the whole point of 5G. We conclude by making some observations about this big picture.

To understand the impact of cloud technologies and practices being applied to the access network, it is helpful to first understand what’s important about the cloud. The cloud has fundamentally changed the way we compute, and more importantly, the pace of innovation. It has done this through a combination of the following. 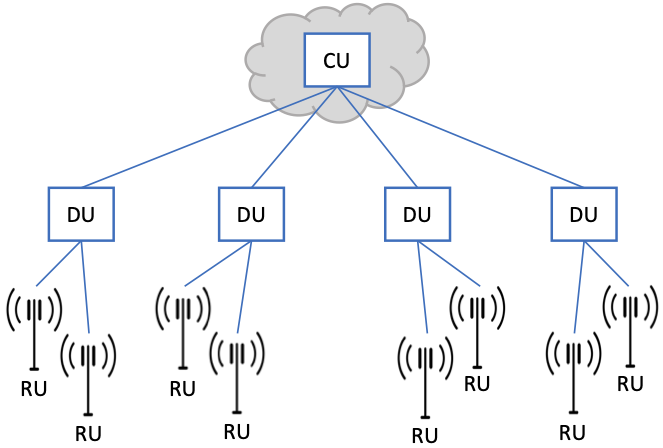 Figure 37 gives a high-level overview of how the transformation might play out, with the global cloud spanning edge clouds, private Telco clouds, and the familiar public clouds. We call this collection of clouds “multi-cloud” (although note that there are a number of other definitions for that term). Each individual cloud site is potentially owned by a different organization (this includes the cell towers, as well), and as a consequence, each site will likely be multi-tenant in that it is able to host (and isolate) applications on behalf of many other people and organizations. Those applications, in turn, will include a combination of the RAN and Core services (as described throughout this book), Over-the-Top (OTT) applications commonly found today in public clouds (but now also distributed across edge clouds), and new Telco-managed applications (also distributed across centralized and edge locations).

Eventually, we can expect common APIs to emerge, lowering the barrier for anyone (not just today’s network operators or cloud providers) to deploy applications across multiple sites by acquiring the storage, compute, networking, and connectivity resources they need.

Of all the potential outcomes discussed in the previous section, one that is rapidly gaining traction is to run a 5G-enabled edge cloud as a centrally managed service. As illustrated in Figure 38, the idea is to deploy an edge cloud in enterprises, configured with the user plane components of the RAN and Mobile Core (along with any edge services the enterprise wants to run locally), and then manage that edge deployment from the central cloud. The central cloud would run a management portal for the edge cloud, along with the control plane of the Mobile Core. This is similar to the multi-cloud configuration discussed in Section 5.2, except with the added feature of being able to manage multiple edge deployments from one central location. 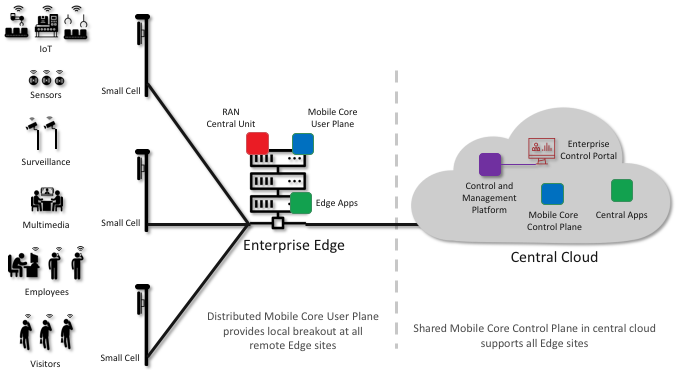 Figure 38. EdgeCloud-as-a-Service, a managed service, with RAN and Mobile Core user plane components running in the enterprise, and the control plane of the Mobile Core (along with a management portal) running centrally in the public cloud.

The value of such a deployment is to bring 5G wireless advantages into the enterprise, including support for predictable, low-latency communication required for real-time controlling of large numbers of mobile devices. Factory automation is one compelling use case for such an edge cloud, but interest in supporting IoT in general is giving ECaaS significant momentum.

This momentum has, not surprisingly, led to recent commercial activity. But there is also an open source variant, called Aether, now available for early adopters to evaluate and experiment with. Aether is an ONF-operated ECaaS with 4G/5G support, built from the open source components described throughout this book. Aether works with both licensed and unlicensed frequency bands (e.g., CBRS), but it is the latter that makes it an easy system to opt into. Figure 39 depicts the early stages of Aether’s centrally managed, multi-site deployment.

Figure 39. Aether is an ONF-operated EdgeCloud-as-a-Service built from the SD-RAN and disaggregated Mobile Core components described throughout this book. Aether includes a centralized operations portal running in the Public Cloud.

Note that each edge site in Figure 39 corresponds to a CORD POD described in Chapter 6, re-configured to offload the O&M Interface and the Control elements of the Mobile Core to the central cloud.

In order for the scenarios described in this Chapter to become a reality, a wealth of research problems need to be addressed, many of which are a consequence of the blurring line between access networks and the edge cloud. We refer to this as the access-edge, and we conclude by identifying some example challenges/opportunities.